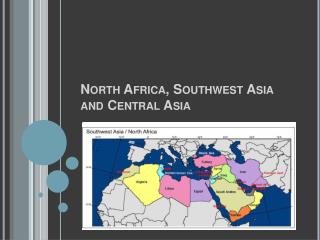 North Africa, Southwest Asia and Central Asia. What makes this A Region?. Deserts and Mountains Population that practices one of the three major monotheistic religions Possession of more than half of the worlds known oil reserves A need for freshwater resources