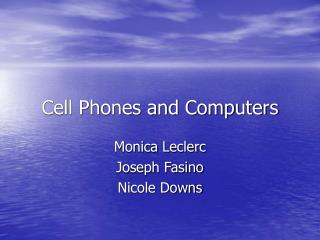 Cell Phones and Smart Phones - . casey g. to turn your phone on and off…. to turn it on, press and hold the green /

Cell phones and brain cancer - . quick facts. by the end of 2009, the number of mobile cellular subscriptions worldwide