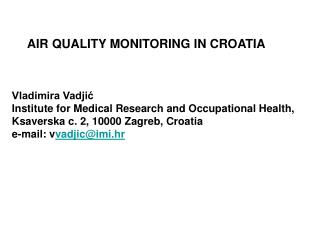 Air Quality Monitoring and Control System in IoT - Air pollution that refers to the contamination of the air,