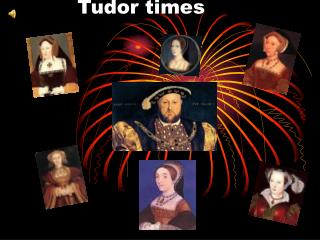 Tudor times - . click here to start. challenge 1 . your in a tudor jail. what are you going to do? . go wild. escape.

Tudor Times - . there were only 4 million people living in tudor england and the towns were not very big. london was the

Crime And Punishment In Tudor Times

Clothes were very fancy in Tudor times ! - . tudor ball gowns used to be v ery hard to move in. tudors h ad to stand up

Henry VIII and Tudor Times by Y5S - . my name is henry viii. i am tall, handsome and intelligent. i am good at reading,

How did Elizabeth change religion in Tudor times? - . l/o – to identify the changes elizabeth made to religion in

What Was Life Like for Poor People in Tudor Times? - . tudor beggars. in 1570 there were more than 10,000 homeless people