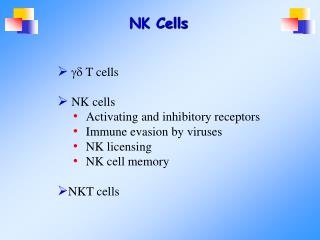 T-Cells NK - . feb 13, 2006. t-cells. antigens that are transported by dendritic cells to lymph nodes are recognized by

SK VS NK - . by lewis lee. around 1950 in may twenty six south korea had war against north korea. south korea hid at the

Immune Evasion - . 1- sequestration of parasite. means: the location of the parasite that makes it inaccessible to the