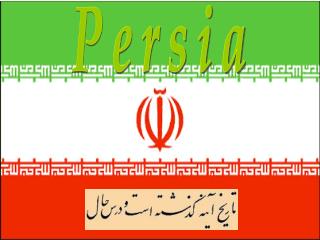 Persia - By: tim, alex, gino, and henry . persia. food: they ate stews made from meat, and fruits with herbs, and rice

Persia - . the empires of persia. the rise and fall of the persian empires the achaemenid empire the medes and the

Classical Persia - . darius, the great king. he is shown here on his throne in persepolis, the new capital city he built.

PERSIA G - . what is it?. it is an acronym that represents how we will categorize, analyze, c ompare and differentiate

Achaemenid Persia - . the great king and the rise of the persian empire. near eastern powers before persia: successors to

Prince Of Persia - Prince of persia restaurant is built on the appetite of persian and afghan food. this is a family