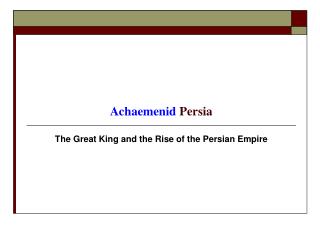 Marco Polo - . marco polo. marco polo was born into a wealthy merchant family in venice (italy) in 1254 at that time

Imperialism Europe Reaches Out - . imperialism. imperialism refers to the political and economic control of one area or