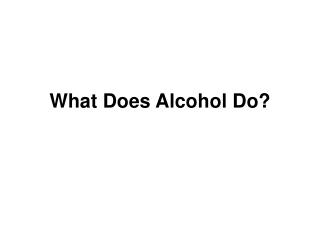 MULTIPLE CHOICE - . a. b. c. d. 1. although alcohol may at first cause a drinker to feel energized, it is actually a(n).

Update on Alcohol, Other Drugs, and Health - . july–august 2009. studies on interventions &amp; assessments. are