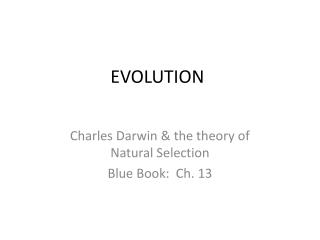 EVOLUTION. Charles Darwin & the theory of Natural Selection Blue Book: Ch. 13. Charles Darwin. English Naturalist 1859 published On The Origin of Species Served as a naturalist on the HMS Beagle and traveled around the world over 5 years observing.

Evolution and Growth of Muslim Society in Subcontinent - . in context of subcontinent dated:22-09-2013 by muhammad ali

The Evolution of Positive Behavior Support in Our Society: A Functional Analysis - . anthony biglan senior scientist,

The evolution of Geriatric Medicine in the UK: Are there any lessons for Taiwan? - . 12 th january 2008 dr david oliver