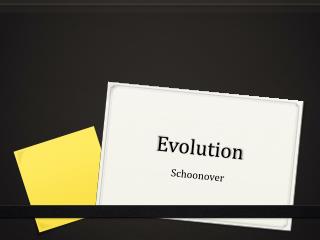 Evolution. Schoonover. “Nothing in biology makes sense except in the light of evolution .” – Theodosius Dobzhansky