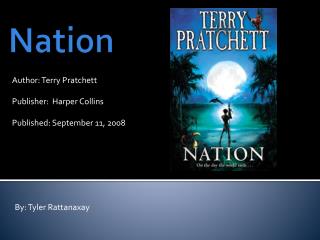 NATION - . people who share a sense of belonging and want to control their own destiny. may not have official borders or

Healthy Nation Prosper Nation- Sandeep Marwah - New delhi: “i congratulate all the participants of this 6th edition of

A Unique Authority Nation to Nation - . survival of a culture. self-governance a tribal value. from colonial times to

A Unique Authority Nation to Nation - . survival of a culture. self-governance a tribal value. land claims against

Suburban Nation - The rise of sprawl and the decline of the american dream written by andres duany, elizabeth

Communist Nation - From vietnam to cuba via north korea and russia, a look at the culture of

Nation Building - . are we built to build nations?. nation building a dirty word?. stability operations a partnership to

Infant Nation - . (crisis and survival). introduction role of muslim league in making of pakistan role of leadership in

Nerder Nation - As former marketing agency owners, we get the agency business. weu2019ve been around since the internet's