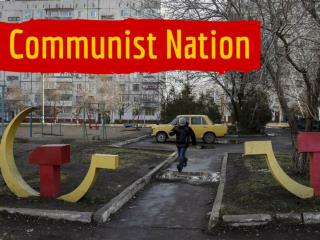 From Vietnam to Cuba via North Korea and Russia, a look at the culture of communism. A New Nation - . changes after the revolution. what you need to know. the student will demonstrate knowledge of the

The Communist Menace - . 1947 by: j. edgar hoover. background information. founder of the federal bureau of investigation

18 – 3 - . the cold war at home . fear of communist influence. why were americans worried about the security of the

Why was there a Communist revolution in Russia in 1917? - . russian failures in the first world war. the weakness of tsar

Anti-Communist Propaganda - . by kaymoni kent &amp; laura whitfield. what is propaganda ?. propaganda is a type of