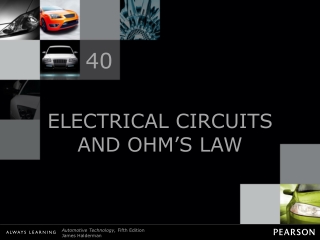 40. ELECTRICAL CIRCUITS AND OHM’S LAW. Figure 40-1 All complete circuits must have a power source, a power path, protection (fuse), an electrical load (light bulb in this case), and a return path back to the power source.