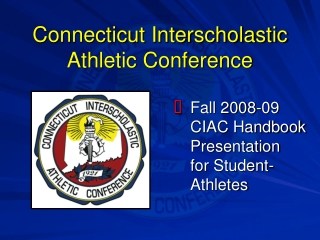 AED - . it is strongly recommended that an automated external defibrillator (aed) be present and available for use if

Wisconsin Intercollegiate Athletic Conference - . track and field championships at the university of

The Future Of Athletic Training Is Now - . charles caltagirone. the athletic training system. a computer based software