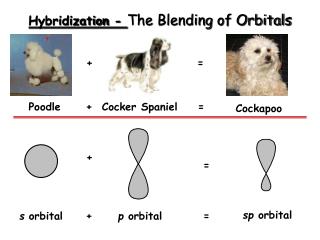 Blending - Cap4730: computational structures in computer graphics. blending. outline. why do we want to blend? what is

HL Bonding - . hybridisation. hybridization is a model which is used to explain the behavior of atomic orbitals during

Filling Electron Orbitals - . orbitals are the area in space where electrons are found each individual orbital holds 2

Hybridization - . the ins and outs. are you good to go?. can you answer the following questions? if you can, then you