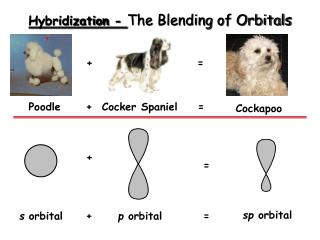 Electron Orbital Diagrams - . placing electrons in orbitals. every orbital may hold up to 2 electrons these 2 electrons

Molecular Orbital Theory - A Brief Review - . what is an atomic orbital?. heisenberg uncertainty principle states that it

Molecular Orbital Theory - . or when electrons don’t like sitting between atoms!. in the molecular orbital model,