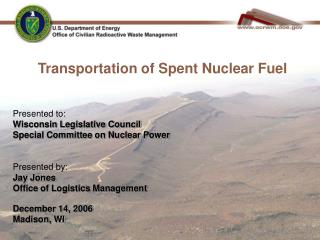 Transportation of Spent Nuclear Fuel and its Impact on Wisconsin - . presented to the wisconsin legislative council

Spent Fuel Revisited - 5% of total cost of nuclear generation is fuel. compared to ~75%-80% of cost of natural gas