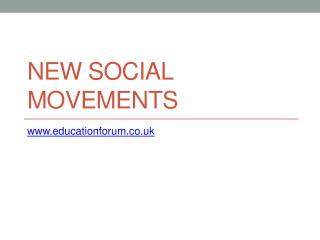 New Religious Movements - . who is drawn to nrm’s and why. young affluent educated unmarried geographically mobile.