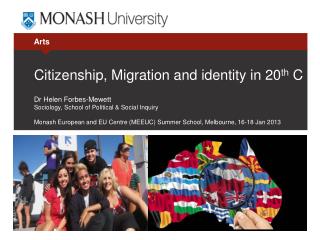 Citizenship in the Nation Merit Badge - . skills you’ll learn. us citizenship charters of freedom branches of

Local and Global Citizenship - . revision and support notes. diversity and inclusion in northern ireland and the wider