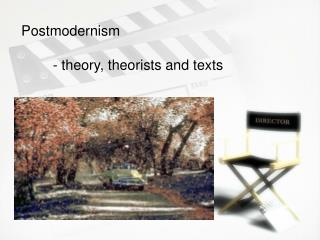 Postmodernism - . origins of postmodernism. the beginning of the postmodern debate essentially began in 1979 with the

EPHESIANS - . and postmodernism by roy h. lanier, jr. what we face

Developmental Views of Delinquency - 2. life course theory. developmental theory is the view that criminality is a