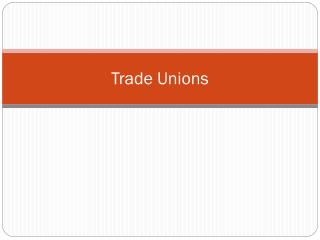 Trade Unions. Meaning. Trade Union is an organization of workers acting collectively, who seek to protect and promote their mutual interests.