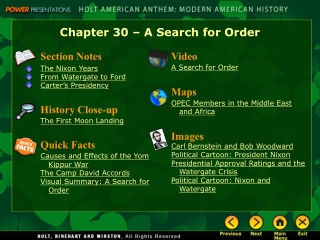 Chapter 30 – A Search for Order

Chapter 30 – A Search for Order