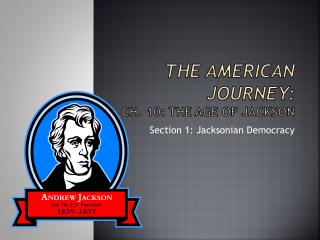 The American Journey: Ch. 10: The Age of Jackson The American Journey: Ch. 10: The Age of Jackson. Section 1: Jacksonian Democracy. The election of 1824. The election of 1824 featured three favorite sons , candidates supported by their home states rather than a national party. Henry Clay of Kentucky Andrew Jackson of Tennessee

The American Journey: Ch. 10: The Age of Jackson

Journey to Rome - . (act 21:19) after greeting them, he related one by one the things that god had done among the

“The Lottery” Shirley Jackson - . notes on the story. shirley