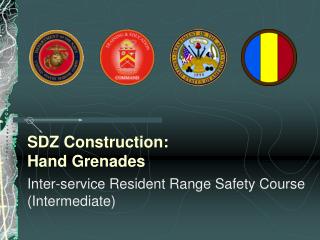 Firing Positions - . the purpose of any good shooting position is to support the two basic principles of marksmanship.

Venus: a brief biography - . by: dova-symane barnes. welcome people!!!!!. are you tired of being the regular law-abiding

The Hand Grenade - . by adam lee. main menu. the invention the inventor uses today bibliography. the

CONSTRUCTION CONTRACTS - . 2014. contracts. “it is not the beauty of a building you should look at; its the