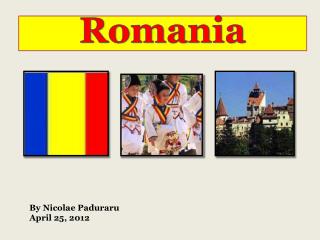 Romania - . by romanians at jmu oana &amp; daniel 20 feb 2004. romania in europe. romania is a country in the eastern

Why to Invest in Romania ? - . international investment forum romanian chamber of commerce and industry october 15, 2004