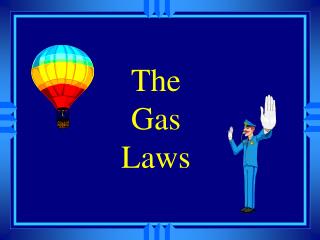 Gas Laws - . boyle. charles. avogadro. gay-lussac. push!. consider this. what happens to the volume of a gas when you

Gas Laws - . gas pressure. gas pressure is the result of gas particles colliding with the walls of the container if the

Gas Laws - . charles, boyle, gay-lussac, combined and the ideal gas law. what did you learn from the lab?. what we know

The Gas Laws - . song by michael offut. oh, the gas laws are good to know ,. you can use ‘em every where you go.

Gas Laws - . ca standards. students know how to apply the gas laws to relations between the pressure, temperature, and

The Gas Laws - 3.2. the gas laws. gas laws how do pressure and temperature affect solids, liquids and gases? bbc - ks3