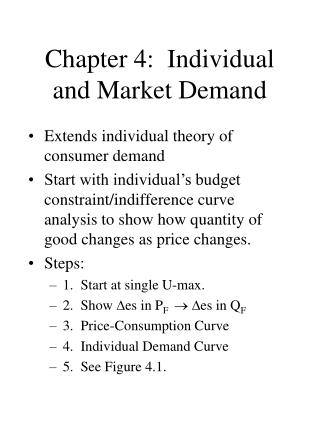 Network Externalities - . up to this point we have assumed that people’s demands for a good are independent of one

Chapter 4 Demand - . an introduction to demand demand is the desire, ability, and willingness to buy a product. an

Chapter 4: Demand Section 1 - . objectives. explain the law of demand. describe how the substitution effect and the

Market Demand - . chapter 5. introduction. demand for a commodity is differentiated from a want in terms of society’s