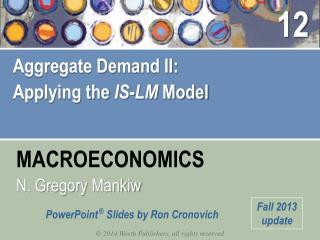 12. Aggregate Demand II: Applying the IS - LM Model. Context. Chapter 10 introduced the model of aggregate demand and supply. Chapter 11 developed the IS-LM model, the basis of the aggregate demand curve. IN THIS CHAPTER, YOU WILL LEARN:. What Causes Inflation/Deflation? - . prices change when aggregate demand for goods and services runs ahead or lags behind

Leading All Students to Expertise: Ascending Intellectual Demand in Theory and in Practice - . kelly a. hedrick virginia

Demand - Section 4.1. demand. demand. two requirements for demand the desire to own something, and the ability to pay for