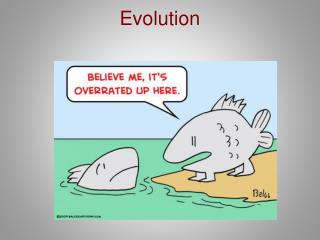 Evolution. Evolution . Cladogram – a chart that shows an organism’s evolutionary history . Change in a population of organisms over time. . Theories of Evolution . Jean-Baptiste Lamarck – 1809 published his theory of evolution