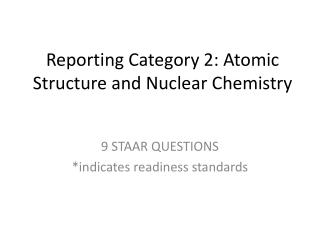 Nuclear Chemistry - . chapter 21. stable vs. unstable nuclei. most nuclei are stable – do not change some nuclei are