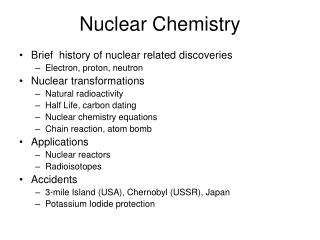 Nuclear Chemistry - . the study of changes to the nucleus of the atom. the nucleus. comprised of protons and neutrons (

RESEARCH AT THE INSTITUTE OF CHEMISTRY - Jim josephus g. minglana institute of chemistry university of the philippines