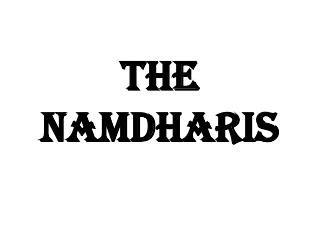 THE NAMDHARIS. Not all Sikhs share the same beliefs and practices Some do not attribute Guru status to Adi Granth , continue tradition of living Gurus – Namdharis Namdhari : “one who has the Name of God imbued in the heart” Punjabi community Viewed as heretics by many Indian Independence