The Good, The Bad, The Ugly. - PowerPoint PPT Presentation 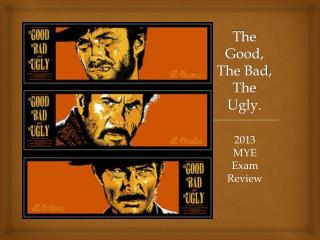 The Good, The Bad, The Ugly. The Good, The Bad, The Ugly.

Ontologies in Biomedicine: The Good, The Bad and The Ugly - . barry smith http://ontology.buffalo.edu/smith. the good.

U nweaving regulatory networks: Automated extraction from literature and statistical analysis - . overview of the talk.