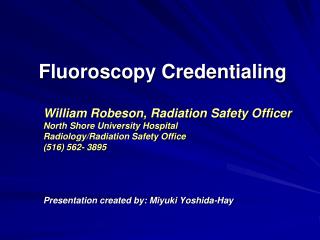 FLUOROSCOPY - . since thomas a. edison invented the fluoroscope in 1896, it has served as a valuable tool in the practice

Credentialing - . credentialing. ….a process whereby an individual or a professional preparation program meets

Credentialing - . conno. overview. this is a brief overview of the nursing credentialing programs in australia. the

MPN Credentialing - Medical billing connection can manage your cash patients for you, providing you with detailed reports

FACULTY CREDENTIALING - . academic affairs may 2017. overview. what you will learn: introduction to credentialing