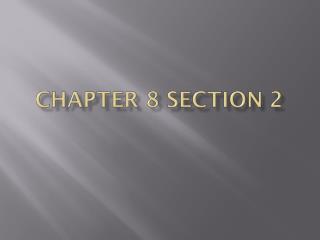 Chapter 8 Section 2. Do-Now. In your notes, complete the identifications for Chapter 8, Section 2 Pg 294 people and events to identify…put directly into your notes . Slavery splits up the political parties in the 1850s