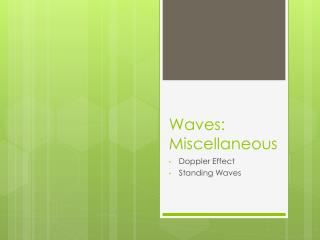 Waves and Sound - . intro. a. pick up your notes and worksheet packets b. write the following questions on a blank piece

Mechanical Waves - . ch 21-23. waves. a wave is a disturbance in a medium which carries energy from one point to