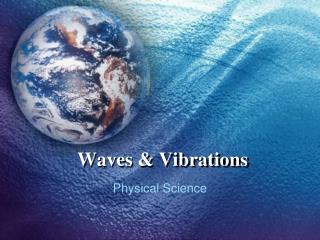 Waves - . physics h. pendulum. a pendulum is simply a mass (bob) suspended from a string that can swing back and forth

Waves - . http://www.youtube.com/watch?v=nd2jtwviyc8. waves. when undisturbed by wind (or some other factor such as an

Waves - . chapter 15 section 2. objectives. what are ways to measure and compare waves how can you calculate speed of a

Waves! - . i. a little vocab …. wave: a periodic disturbance in a solid, liquid or gas medium: matter or space through

Waves - . waves. waves play roles in our daily lives, including our effort to communicate. waves have parts and shapes

Waves - Two special phase relationships between waves are a)wave forms in phase b) waveforms that are out of phase. waves

Waves - . waves &amp; their behavior. essential standard. 6.p.1understand the properties of waves and the wavelike

Waves - . physics 20. the importance of waves. waves are everywhere around us many times when we think about waves we

Waves - . unit 11. vibrational motion. wiggles, vibrations, and oscillations are an inseparable part of nature. much of

Waves - . a n. hardy powerpoint. what we will learn. causes of waves how waves move wave characteristics orbital motion

Waves and Coastal Interactions - . stan piotrowski. what is a wave?. types of waves. type of wave produced is dependent

What are waves? - Waves. what are waves?. wave. definition : a disturbance that transfers energy from place to place.

Waves - . what is a wave?. a wave is a disturbance that travels through a medium from one location to another. a wave is