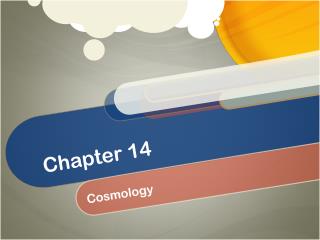 Chapter 14. Cosmology. Cosmology . Cosmology , the study of the universe as a whole, can tell you where your matter came from and where it is going.