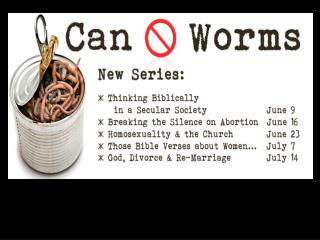 Can O Worms. “Thinking Biblically in a Secular World”