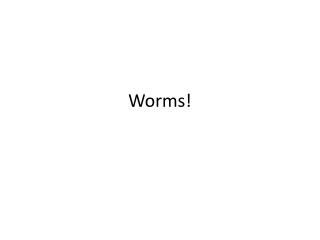 Born 19 Aug 1964 - Disclaimer: the contents herein are presented as is without copy write protection, it probably

TCEA Workshop 6898: Phishing for Worms – Why is my Computer so Slow? - . a brief look at some annoying and sometimes