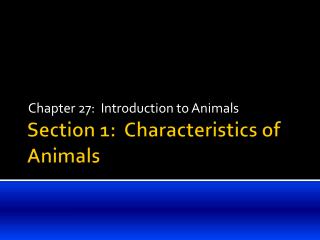 Chapter 27: Introduction to Animals. Section 1: Characteristics of Animals. General Features of Animals. Heterotrophy Animals are heterotrophs – that is, they can not make their own food . Most animals move from place to place searching for food.