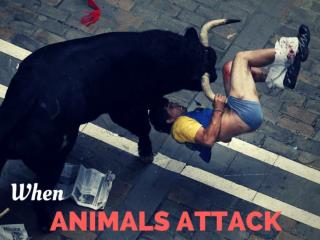 Rare images of animals on the offense. Bombing in Lahore - At least 70 people were killed, including about 30 children, in a suicide bomb attack at a park in