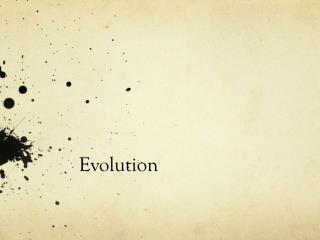 Evolution. What is Evolution?. Evolution involves inheritable changes in organisms through time Fundamental to biology and paleontology Paleontology is the study of life history as revealed by fossils Explains the development of life. Misconceptions of evolution.