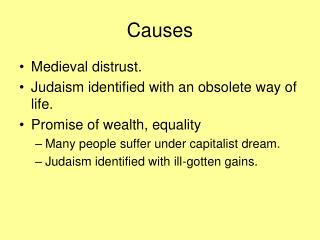 Causes - . using prior knowledge, try to think of one to two specific examples for each. what do you think the social

Causes - . primary cause abolitionist movement established by william lloyd garrison (1805-1879) in 1831 garrison was