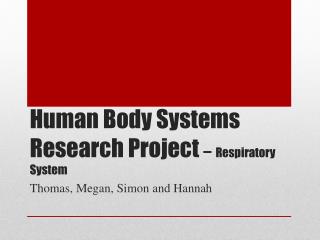 Normal Flora - . normal flora. definition normal flora is the mixture of microorganisms (bacteria and fungi) that are

Microbe-Human Interactions - . the human body exists in a state of dynamic equilibrium many interactions between human

Body Systems Project - . pious patel. digestive system. function. to digest food and convert it into usable forms for the

The Body Systems - . the immune system. what is a system?. a group of tissues (organs) that work together to do a certain

Human Body Systems - . systems homeostasis. for each system…. know the job of the whole system know the organs that