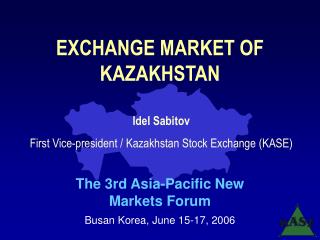 Welcome to Laos Land of a Million Elephants - . mrs. champney. where in the world is laos?. laos is on the continent of

Agency on statistics of the Republic of Kazakhstan - . national mdg progress report in kazakhstan. briefly about

Kazakhstan - . by tristan butt and tyler clayton. the land. kazakhstan has many different land types including -flat

Macroeconomic Indicators - . what they are &amp; how to use them. monetary policy affects financial