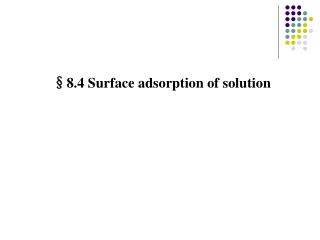 Surface Mount Course - . based on: ecss-q-st-70-38c dated 31 july 2008 high-reliability soldering for surface-mount and

Lecture 2. Adsorption on the interphase of liquid-gas - . prepared by phd falfushynska halina. adsorption is a