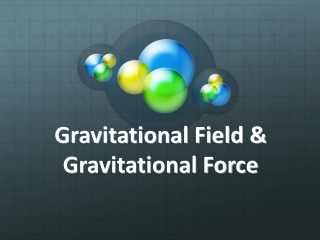 Gravitational Field & Gravitational Force. “ Action at a distance ”. The gravitational force is an attractive force between two masses. Gravity is a field force. The masses don ’ t need to be in contact with each other to cause attraction. Backpack, apples, ect.