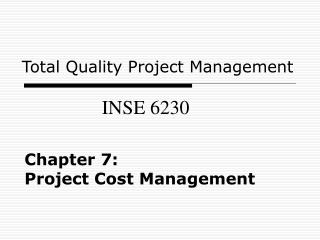 What is Project Cost Management? - . project cost management includes the processes required to ensure that a project