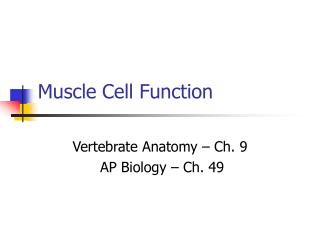 Muscle Function and Metabolism - . adenosine triphosphate (atp). atp is the source of energy for muscle contraction.

Cell Function Review - . what you should have learned last year!. all living things are made of cells. unicellular: